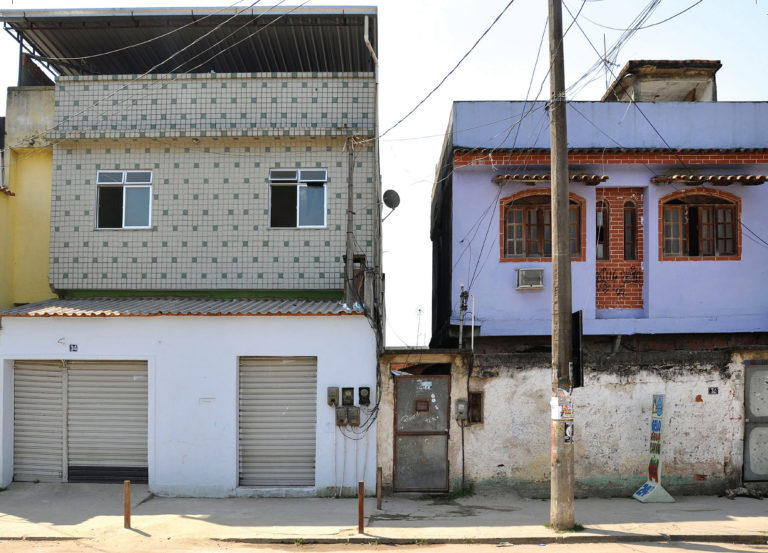 The research on Cidade de Deus, a low-income neighborhood located in Rio de Janeiro’s western urban expansion zone, addresses the transformation of a peripheral mass housing settlement from the 1960s into a consolidated urban environment today.

The violent story of Cidade de Deus has been widely popularized through Paulo Lins’s novel of the same name (1997) and the movie City of God directed by Fernando Meirelles and Katia Lund (2002). Both novel and film contributed to the neighborhood’s stigmatization as a poverty-stricken and crime-infested favela, obscuring in the process essential socio-spatial qualities of Cidade de Deus, such as its conversion from a mono-functional settlement on the outskirts of Rio de Janeiro to a lively urban neighborhood.

Located near the new urban center of Barra da Tijuca and the site of the 2016 Olympic Games, Cidade de Deus has undergone an impressive transformation since its ‘pacification’ in 2009. Freed from drug trafficking and criminal gangs, the area can now be considered as an emerging lower middle-class counter-model to the gated condominium towers and enclaves along the nearby coastline. In Cidade de Deus, mutual relationships and hybridizations between formal and informal practices have led to a compact urban environment that now accommodates up to ten times more inhabitants than originally anticipated. Cidade de Deus has become a city within the city. The research project traces this development and identifies principles that could be applied to contemporary mass housing initiatives such as São Paulo’s Cingapura project or Brazil’s national housing program Minha Casa Minha Vida.