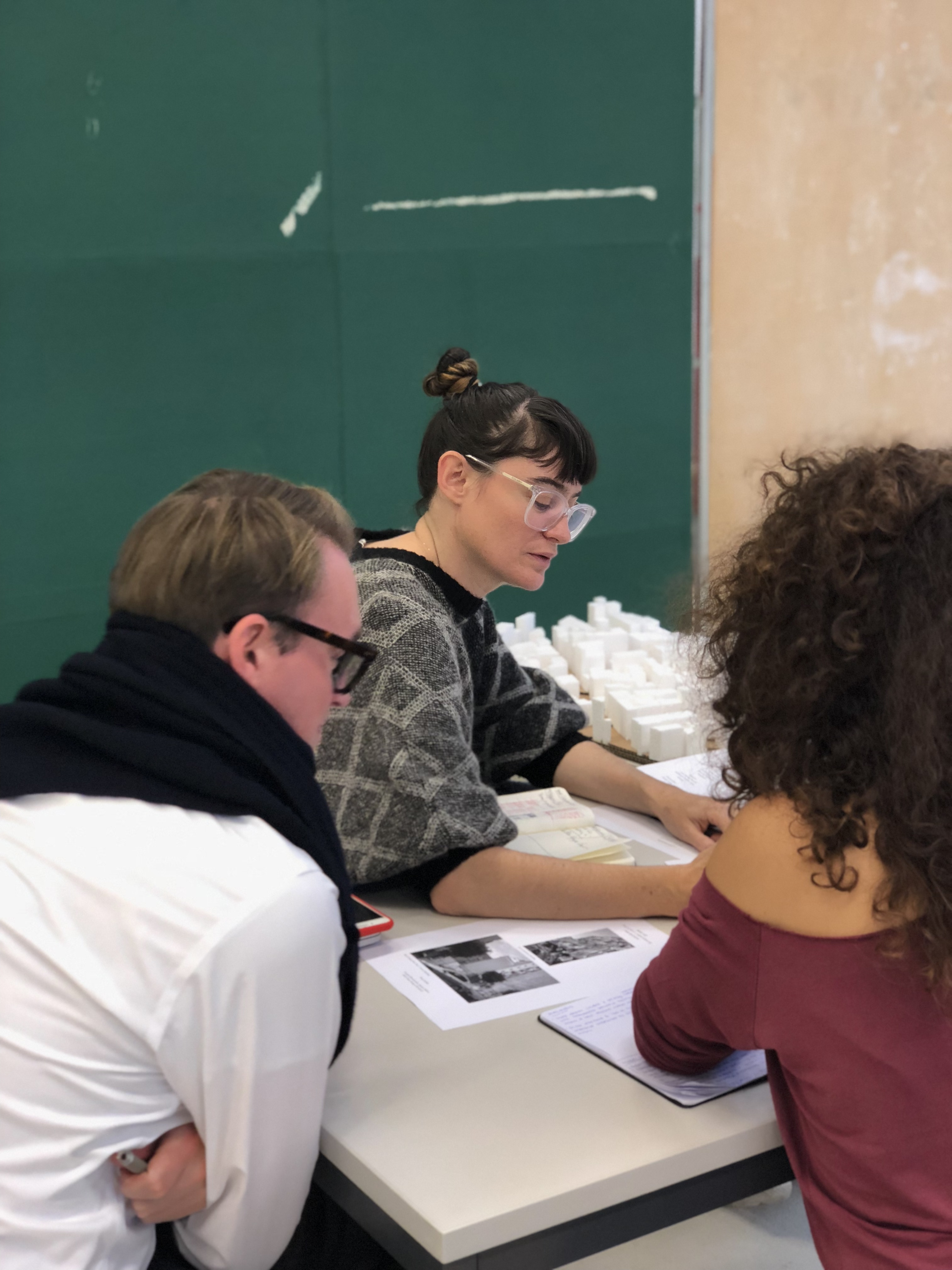 Charlotte Malterre-Barthes is an architect and urban designer. She is involved in research and teaching at the chair of Prof. Dr. Marc Angélil since 2011, and completed in 2018 at ETH a doctoral degree on Food Territories, with Egypt as case study. She directed the cycle of the MAS in Urban Design on Egypt (2014-2016) , investigating formal and informal urban dynamics of Cairo, and currently directs the MAS Urban Design on Inclusive Urbanism (Tangier/Beirut/Marseille).

Apart from her architectural practice, Charlotte co-funded with Noboru Kawagishi OMNIBUS, an urban design laboratory focused on trans-disciplinary metropolitan explorations (since 2009). She has lectured and taught workshops at the Architectural Foundation in London, the Storefront for Art and Architecture in New York, the University of Ss. Cyrill and Methodius in Skopje, the University of Seville, Hong-Kong University, ZhdK, FCL Singapore, and with the AA Visiting School in Alexandria, Egypt.
She was jury member of the Vlora Waterfront Competition (Albania), along with Stefano Boeri, Johan Anrys and Andreas Ruby.

She is co-editor of Cairo Desert Cities, Housing Cairo-The Response (DAM Best Architecture Book 2016) and The Book, The School, The Town (2017, 2016, 2013, Berlin, Ruby Press), and published numerous articles in various magazines (AD, San Rocco, TRANS, MAS Context, Tracés, Horizonte, etc.). Works of the MAS which she curated have been exhibited at the Rabat Agora Biennale (Morocco), at the Bi-City Biennale in Shenzhen (PRC), at the Egyptian Pavilion of the Venice Biennale (It) and at the constellation.s exhibition at arc-en-rêve, Bordeaux (F).

Charlotte is also staff delegate at the Department and a member of the Parity Group (parity@arch.ethz.ch).